It sounds so simple. Bread. Butter. Mustard. Ham. Even then, two of those components are arguably nothing more than distractions. But how wrong we can get it these days! After years of neglect, ham sandwiches are now a terror among pack lunch options, often thought best forgotten. But the ham sandwich belongs to Britain, and it deserves to be reclaimed as one of the best iterations of traditional British charcuterie.

In the recent scramble to make the best coppa, lardo, pancetta, n’duja, chorizo, morcilla, biltong, frankfurter, salchichon/salami/saucisson north of the Channel, we sometimes forget the humble cooked ham. Britain has as much claim to it as anyone. And the sandwich? Ours. We’ve got towns, one-time islands, and the lore of an Earl with the name to prove it.

John and Jose at Moons Green make a winning ham sandwich, which you can find every Saturday at Brockley Market. Among their secrets to success:

The Ham: they craft it using traditional and modern curing methods for a delicious and consistent product. This includes arterially injecting each ham to ensure an even cure through the leg and tumbling it to extract myosin, the gluey protein that pulls it all back together (Maynard Davies will tell you all about it, or stay tuned for our upcoming Ham Tech post!). After a good slow cook, it’s then finished with a char of orange and mustard.

The Bread: many options. All must be good. Selection ranges from perfectly odd-shaped ciabatta rolls from Aston’s Organic to perfectly airy and crusty no-names. Matt makes the odd one on banana bread at home to relive his childhood.

Meat to Bread Ratio: “CRITICAL!” say John and Matt. Too much bread and you’ve lost your ham. Too much ham and it might as well be Sunday Roast.

Not so simple after all, and it’s our go-to breakfast in a sea of good food.

Come by this or any Saturday for The Ultimate Ham Sandwich. We’ll be in the queue. 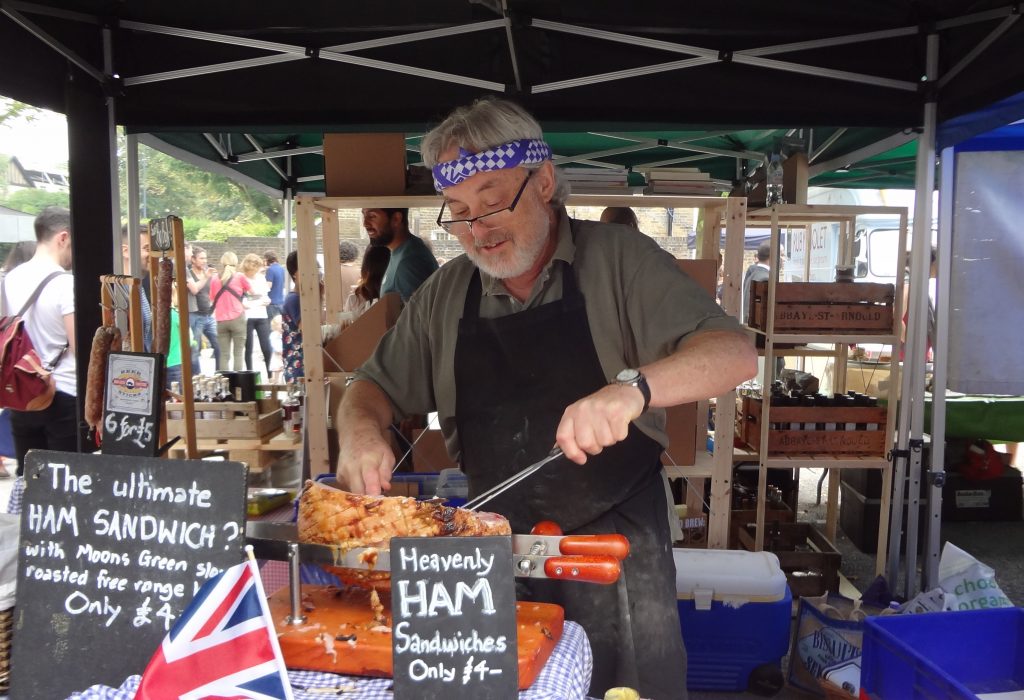